Description: A glass-enclosed, wall-hung regulator of 1 year duration with full striking on wire gongs. The finely crafted movement is enclosed on 3 sides in traditional early Viennese fashion with beveled glass dust panels allowing full side views of the movement and of the motion work and strike works. The movement is mounted to a massive wall bracket fashioned in brass and having ornate and pleasing movement support standards. The dial center is glazed to the chapter ring allowing front visibility of the motion and strike work of the grand sonnerie movement. The movement and bracket to which it is mounted are held together by massive knurled thumb screws rather than simple tapered pins for a very substantial look to the clock as well as providing particularly robust construction and protection in the absence of a traditional clock case. Even the glass dust panels have knurled screws helping to attach them to the movement. The movement is of the highest quality with maintaining power, graham dead beat escapement, and pull-repeat mechanism. The temperature compensated clock pendulum is also very unique. The compensation mechanism consists of a rhombus structure inserted into the normal pendulum rod, so-called trapezoidal compensation. The minor axis of the rhombus connects the rod to the bob while a temperature compensator element lies across the rhombus major axis. As the temperature rises, the compensator element will expand, thus lengthening the major axis of the rhombus which will shorten the minor axis and thereby compensate for the concurrent expansion of the pendulum rod caused by the temperature rise. The pendulum bob, rather than being the traditional lenticular brass bob, has a massive glass center set in a ring of brass. On the glass, which bears the maker’s signature, an indication of the temperature is shown by a pointer attached to the compensated pendulum. 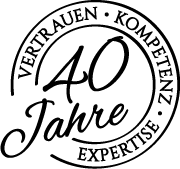